Who Are the FIFA 23 World Cup Phenoms Footballers? 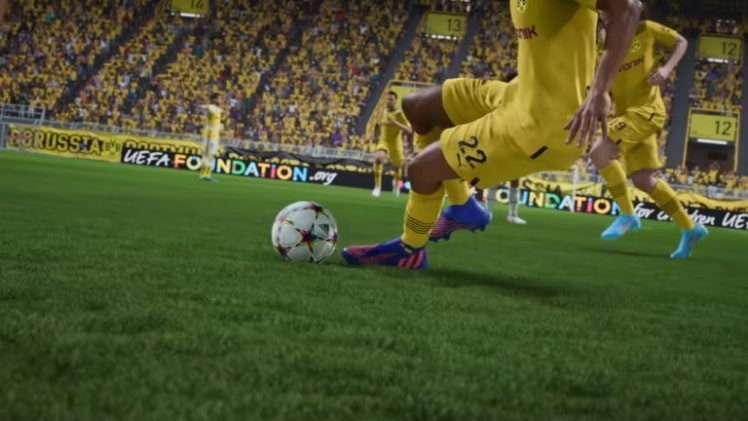 U7Buy is committed to offering fifa coins fifa 23 for sale at the best prices to all gamers! Check out the store now! The FIFA 23 World Cup Phenoms promo is dedicated to the young stars from this World Cup edition. So far, we’ve had several World Cup collections and events that allowed us to expand our Ultimate Team selection. Each card is a valuable addition. The more cards we have, the more versatile teams for various occasions we can design. If you happen to be short on FIFA 23 coins, U7Buy will take care of that in a moment!

The FIFA 23 Phenoms promo was teased three days before the start of the event. In-game screens showed glimpses of this new event that is coming one week before the World Cup finals. The Phenoms cards represent players that have had spectacular performances at the World Cup in Qatar. But this is not the sole theme of the promo. These players are young footballers of 24 years or less. Let’s see who are the players that seized this opportunity to make themselves known to the world. Cody Gakpo hails from Eindhoven, Netherlands. He has been playing for PSV since 2018 and for the national team since 2021. He has scored 55 goals in 159 Eredivisie games so far. The Portuguese footballer Rafael Leao has been with AC Milan since 2019. In 2021, he joined the national team. He scored the first national goal in the game against Ghana on November 25th. He also scored a goal at the World Cup in the game against Switzerland. Jude Bellingham has been with Borussia Dortmund and the national team since 2020. He is the second youngest footballer to score at the World Cup. Eder Militao has been with Brazil’s team since 2018. One year earlier, he became a member of Real Madrid. So far, he has scored one goal for the national team. Rodrygo is another Brazilian footballer. He has been a part of Read Madrid Castilla and the national team since 2019. The center midfielder Pedri joined Spain’s national squad in 2021. His first international appearance was in the match against Greece. Eduardo Camavinga is a French footballer who has been representing the national team since 2020. He has been in five international games so far and scored one goal. Jules Kounde is another soccer player from France. He joined Barcelona in 2022.

With the intention of enhancing our clients’ gaming experiences, U7buy is a seasoned provider of gaming services. Because we provide attentive service and high-quality products, we have gained the trust of millions of gamers over the past 10 years. Thank you to our devoted clients for your support and patronage, U7buy. In order to take on new challenges and develop into new markets, our company is continually growing. We will provide you improved user experiences for buyers and sellers in the online marketplace, together with U7buy’s associated project U7buyut.

What Is Cryptocurrency Trader Certification? How To Get It? Learn With KuCoin